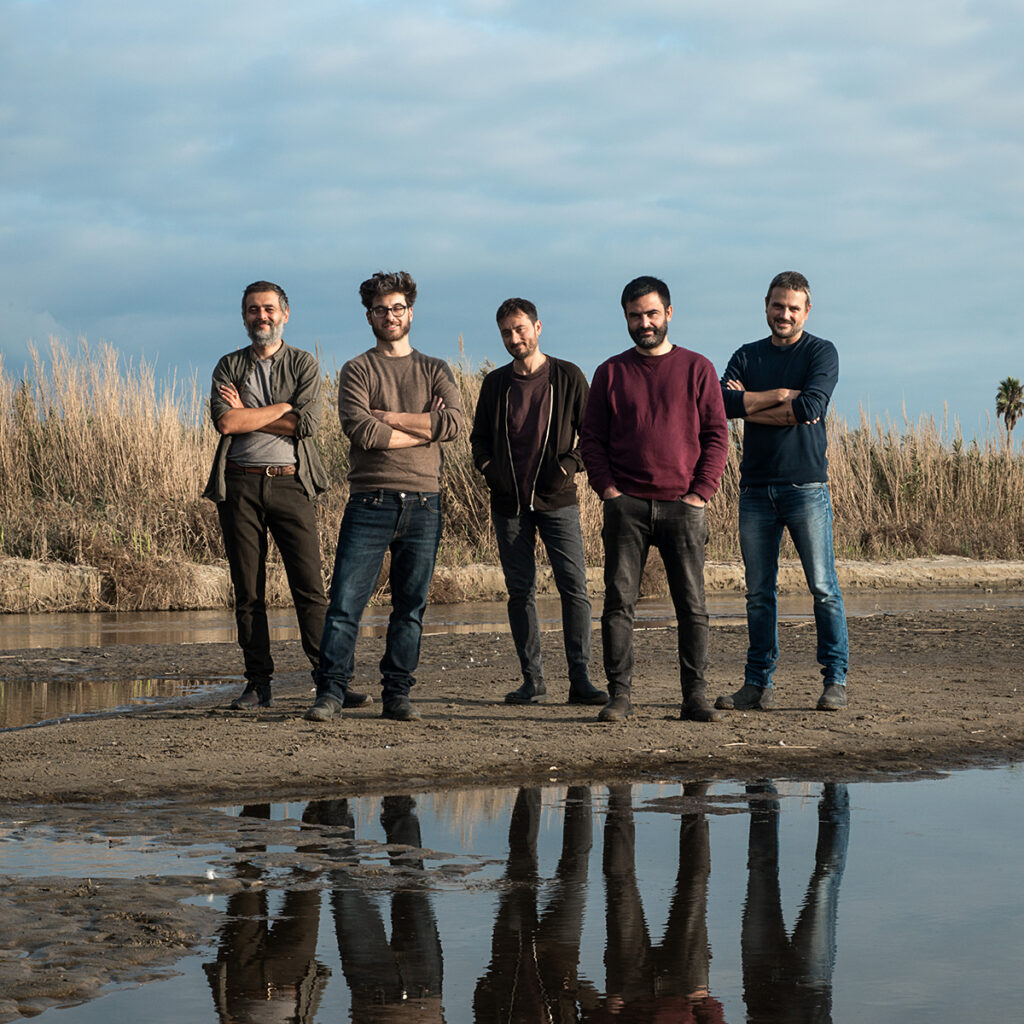 Mokadelic is an Italian musical group, specialized in soundtracks for cinema, TV and theater. Their music moves from post-rock and neo-psychedelic atmospheres with melancholic and rarefied ambient/electronic suggestions to sounds full of melodic distortions and relentless crescendos, creating real symphonies.

In 2011 Mokadelic recorded the original soundtrack of Stefano Sollima’s film A.C.A.B. – All Cops Are Bastards, produced by Cattleya and based on the book of the same name written by Carlo Bonini. In 2012 they composed the soundtrack for Giuseppe Bonito’s Pulce non c’è, based on Gaia Rayneri’s book. The film won the Special Jury Prize at the International Rome Film Festival in the section “Alice nella città”. Mokadelic also composed the original soundtrack of the TV series Gomorrah and of three films released in theaters in 2019: The Immortal by Marco D’Amore, Mollami by Matteo Gentiloni and Himmelsdalen / Sanctuary by Enrico Maria Artale and Óskar Thór Axelsson. In 2020 the band composes the soundtrack of two major TV series: Romulus (Sky Original Series, directed by Matteo Rovere, Enrico Maria Artale and Michele Alhaique) and La Garçonne (French production broadcasted on France2, directed by Paolo Barzman). Moreover, Mokadelic provided the original soundtrack for the film The Shift, Alessandro Tonda’s debute film, presented at Rome Film Festival.

Fabio Di Bari has been the managing director of Flipper Srl – Flippermusic for over 30 years. He is an expert in music publishing, music composition, marketing and team creation. His professional activity is focused on licensing and he worked as legal and music consultant, as well as music publisher, on the realization of Italian and international TV series and movies, including Gomorrah, X-Files, The Young Pope, Lost in Translation and Romulus.

Founded in 1974, Flipper Srl – Flippermusic is the largest Italian publishing house of independent music production, with a musical repertoire distributed in 40 countries. In addition to its own record labels, FlipperMusic exclusively distributes more than 200 international music production labels in Italy.