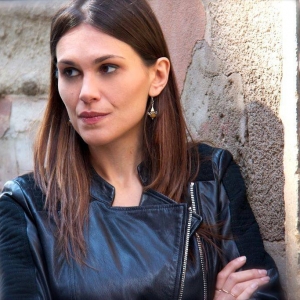 It’s been said of Matthew Modine that he is “one of the best, most adaptable film actors of his generation” by legendary NY Times film critic Vincent Canby. He can be currently seen in both seasons of the Netflix global mega hit STRANGER THINGS, which won the 2017 Screen Actors Guild Award for Outstanding Performance by an Ensemble. He recently starred in the underwater shark thriller 47 METERS DOWN opposite Mandy Moore and Claire Holt, which is the highest grossing independent feature film of 2017. Modine is currently starring opposite Uzo Aduba in the independent feature film MISS VIRGINIA. He’ll next be seen in SICARIO: DAY OF THE SOLDADO with Benicio Del Toro and Josh Brolin and the independent feature film FOSTER BOY.

Throughout his career, Modine has been nominated for three Golden Globes and is the recipient of one (Altman’s, SHORT CUTS). Modine is well remembered for the title character in Alan Parker’s, BIRDY which won the Cannes Film Festival’s Gran Prix Award, and for his iconic role as Private Joker in Stanley Kubrick’s, FULL METAL JACKET. His work in Alan Rudolph’s, EQUINOX helped earn the film four Independent Spirit Award nominations, including Best Film and Best Actor. He is the recipient of a Venice Film Festival Volpi Cup and a Golden Lion Award. More recently, Matthew co- starred in Christopher Nolan’s Batman epic DARK KNIGHT RISES.

Matthew recently wrote and directed the award winning SUPER SEX starring Kevin Nealon, Elizabeth Perkins, Ruby Modine, and Edward Asner. Super Sex Premiered at the Tribeca Film Festival and is enjoying a long comedic run at festivals around the world. His previous film was the award winning JESUS WAS A COMMIE, an avant garde project about prominent issues facing modern society.
Additional television credits include WEEDS, AND THE BAND PLAYED ON (Emmy and Golden Globe nomination, Best Actor), WHAT THE DEAF MAN HEARD (Emmy and Golden Globe nominations, Best Actor. The film was the highest-rated made-for- television movie on any network since 1991 with approximately 36 million viewers.) 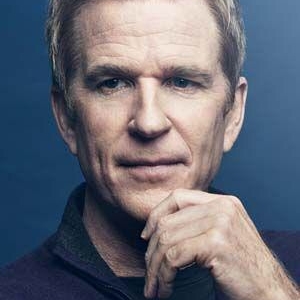 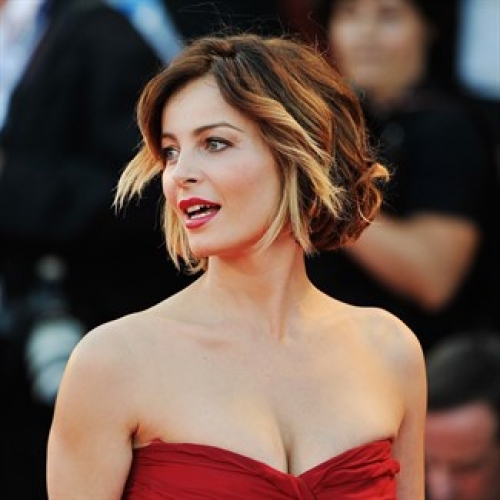 Starts out in the movie industry in 1993 opposite her father, Michele Placido, in the drama by Claudio Camarca “Quattro Bravi Ragazzi”. In 1996 Violante is part of the cast of “Vite Strozzate” and is being noticed in the comedy “Jack Frusciante è uscito dal gruppo”, opposite Stefano Accorsi. In 2010 she appears alongside George Clooney in “The American”. In 2012 she stars in another Hollywood movie, the second installment of the Marvel saga, Ghost Rider – Sprit of Vengeance, alongside Nicholas Cage. 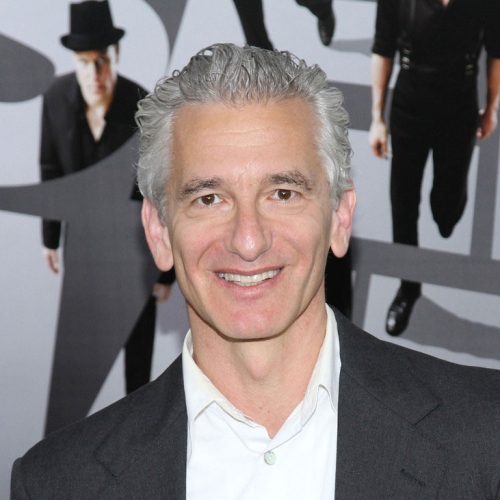 Ed Solomon is an American screenwriter, director and film producer. He started his work as a screenwriter writing some episodes of the TV series “Laverne & Shirley”, but he gained popularity with the TV series “Bill & Ted’s Excellent Adventure” and his sequels. Later he established himself as a screenwriter for several successful films: “Men in Black”, “Charlie’s Angel”, “X-Men” and “Now you see me 1 and 2”. He is also the writer of “Mosaic”, directed by Steven Soderbergh, a pioneering “branching narrative” project, realized in two versions: both as IOS / Android mobile app and in the traditional form of television drama. On TV in Italy on January 30, 2018 on Sky Atlantic. 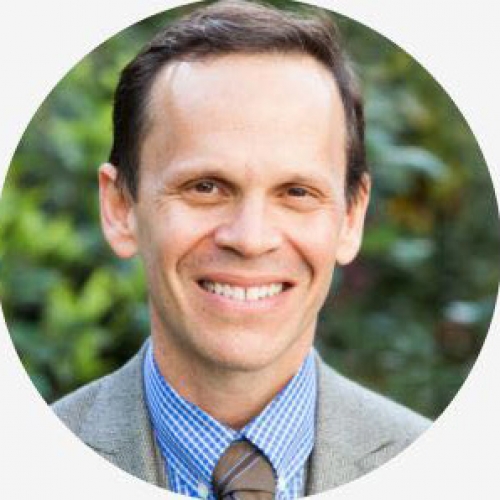 John Campisi is a Motion Picture Literary Agent at Creative Artists Agency (CAA), an entertainment and sports agency based in Los Angeles with offices in New York, London, Nashville, and Beijing. Campisi works in the Los Angeles office and represents many of the world’s leading writers and directors, including David O. Russell, Christopher McQuarrie, Matthew Weiner, Aline Brosh McKenna, Brian Helgeland, Terence Winter, and Noah Hawley among others. 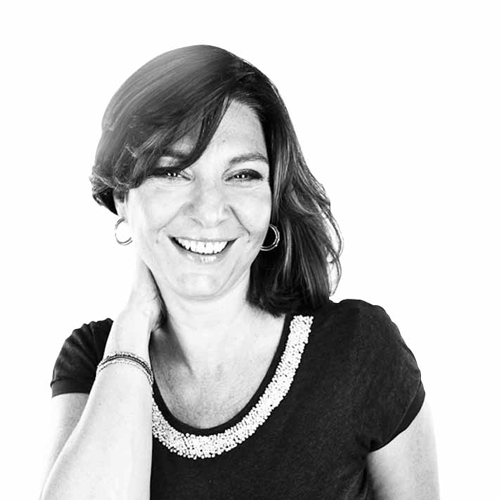 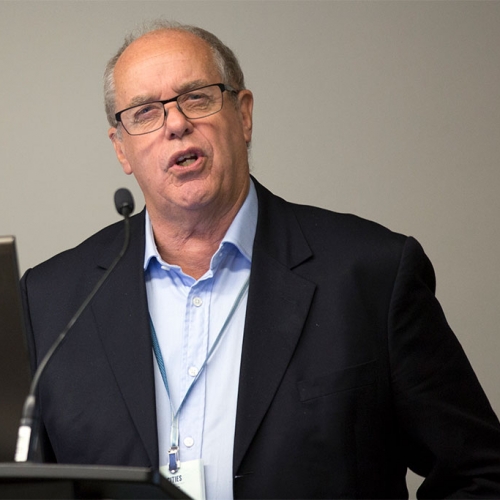 Dr Nigel Tapper is Professor of Environmental Science in the School of Earth, Atmosphere and Environment at Monash University where he leads their climate research program. He works primarily on fundamental and applied research on climate adaptation in cities. Internationally, Nigel is known for his contributions to the work of the World Meteorological Organisation, the International Association for Urban Climate and the Intergovernmental Panel on Climate Change (IPCC) where he is a Lead Author for the next Assessment Report (IPCCAR6). Nigel also contributed to the reports of the IPCC that led to the award of the shared Nobel Prize in 2007. 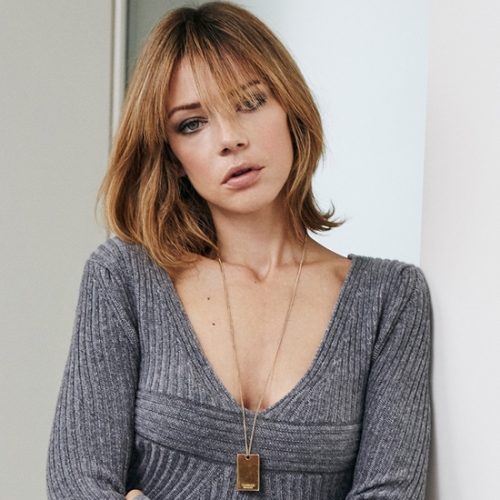 Gaia Trussardi has been appointed the Creative Director of Trussardi Group in February 2013. In this role, she supervises all creative aspects for the fashion house, from the conception and development of the collections to style and advertising campaigns.

Gaia joined in the family business at a very young age. Over the years, she has worked in all areas of the company’s creative and production process – from materials selection to stylistic decisions – gaining great entrepreneurial expertise and perfecting her trend?setting approach. Gaia Trussardi is currently a member of the Board of Administration of the group.

Gaia earned a bachelor’s degree in Anthropology and Sociology obtained at Richmond, the American University in London, in December 2001. She is a keen observer of lifestyles and trends in various cultural areas such as fashion, society, communications, and music. She is currently a Visiting Professor at Richmond University.

COTE DE PABLO
Gaia Trussardi has been appointed the Creative Director of Trussardi Group in February 2013. In this role, she supervises all creative aspects for the fashion house, from the conception and development of the collections to style and advertising campaigns.

Gaia joined in the family business at a very young age. Over the years, she has worked in all areas of the company’s creative and production process – from materials selection to stylistic decisions – gaining great entrepreneurial expertise and perfecting her trend?setting approach. Gaia Trussardi is currently a member of the Board of Administration of the group.

Gaia earned a bachelor’s degree in Anthropology and Sociology obtained at Richmond, the American University in London, in December 2001. She is a keen observer of lifestyles and trends in various cultural areas such as fashion, society, communications, and music. She is currently a Visiting Professor at Richmond University. 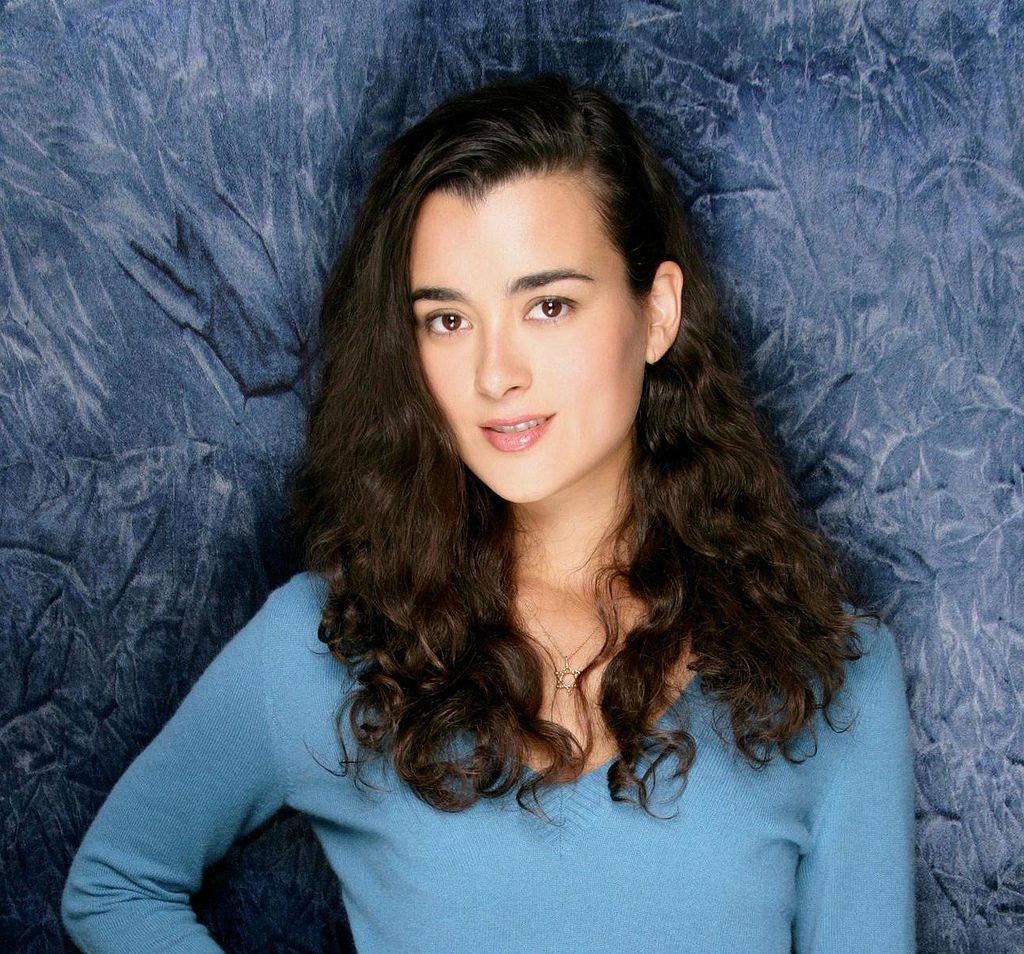 María José de Pablo Fernández, known as Cote de Pablo, is a Chilean-American actress and model. When she was ten years old, her mother, María Olga Fernández, took a job in Miami, at a Spanish-language television network. There, de Pablo attends Arvida Middle School and New World School of the Arts, where she studies musical theatre. She then attends Carnagie Mellon University in Pittsburgh, where she studies music and theater and graduates in 2000. 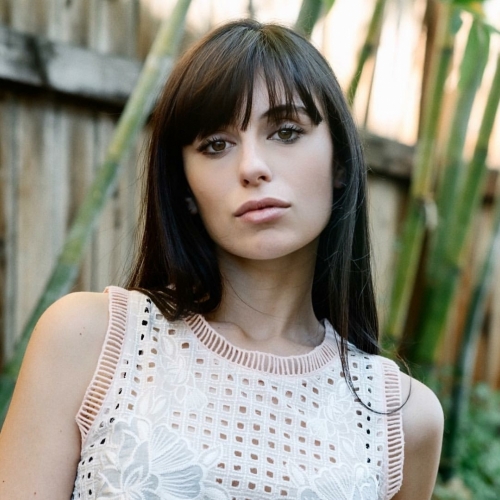 From Vicenza to Los Angeles, from fashion to cinema with one goal in mind: Hollywood. Fashion is her first real passion, and started collaborating since university with Silvia Paoli of Vanity Fair, paying her dues as “fashion editor” right at the moment Europe is discovering the influence of fashion bloggers. Since then it is all uphill: she starts collaborating with the most important magazines and makes it to Los Angeles, where she signs articles of Jaime’s picks, Jaime King’s blog on the Huffington Post.
She collaborats with Barneys, Vogue Japan, The New York Times and is now an author for the Italian issue of L’Officiel, a prestigious French fashion magazine. Her blog It’s Super Fashion (.com) was the perfect presentation for her bright career in fashion communication. 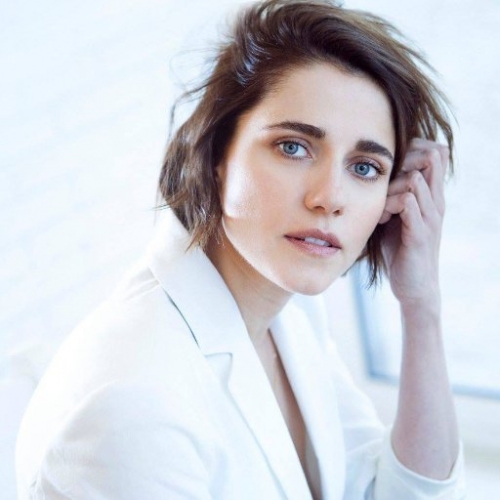 Right after finishing her studies in Literature in 2006, she is admitted to the Paolo Grassi School of Dramatic Arts, in Milan, graduating 2 years later. She then debuts at the Piccolo Teatro in Donna Rosita Nubile, by Lluìs Pasqual; thanks to her interpretation she receives a nomination as best dramatic actress, for the Golden Graal awards in 2011. In the same year she founded, in Reggio Emilia, with three other actors the TAP Ensemble company. In 2012 she begins working at Crozza nel Paese delle Meraviglie, Maurizio Crozza’s tv show. In 2016 she co-stars with Checco Zalone in the movie Quo vado? and in Natale a Londra – Dio salvi la regina with Lillo & Greg. 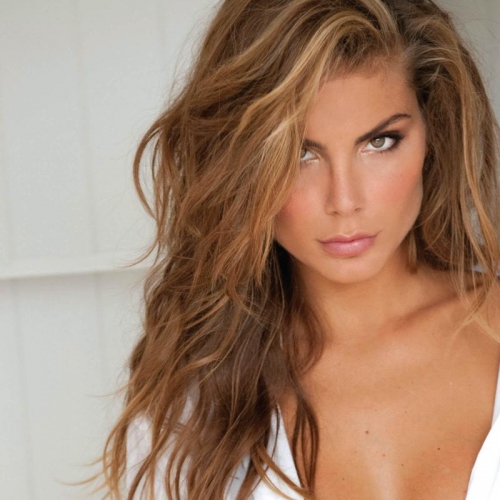 Starts out as a model, and has a degree in Economics from Bocconi University. She moves to Los Angeles in 2012 where she continues her modeling career while starting to act. She participates in some American productions, for cinema as well as television, like the series The Librarians. In 2016 she debuts as the main character in Questo non è paese, written and directed for the theatre by Francesco Apolloni. 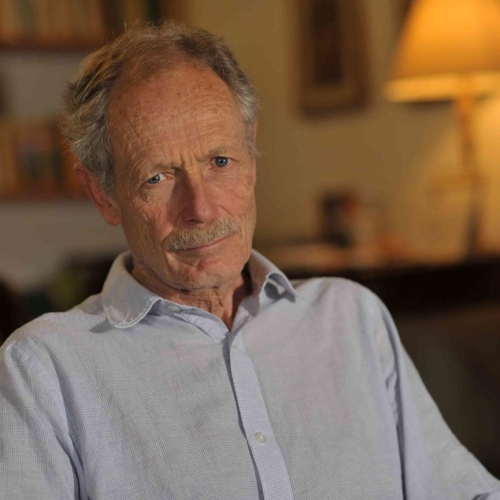 Born in Naples in 1950, Erri De Luca is an Italian Novelist , whose work has been translated into many languages.
He was awarded the France Culture Prize in 1994, the Fémina Entranger in 2002, and in 2013 he received the European Prize for Literature and Literary Prize of European Parlament in 2016. He is also a translator from Ancient Hebrew and Yiddish. A passionate mountain climber, he currently lives in the countryside near Rome. 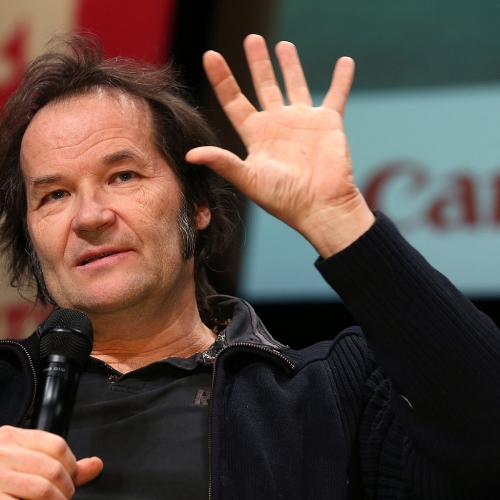 Born in Prague in 1960, in 1968 his family moved to Austria due to the Soviet invasion. At the age of thirteen, he received an 8 mm film camera and started making short films, that will grant him an access to the Vienna Film Academy. At University he studied Philosophy, and then graduated in cinematographic photography and editing. In 1988 he made Tunnelkind, a film about the Iron Curtain. Since then his career has not stopped and since 2012 he is a professor of cinematography at the University of Cinema in Munich.

Without dreams, life would be just like your mac a

Who said dreamers are never doers? Mark Benjamin a

Tereza Nvotova’s The Father is soon going to roc

GUESS THE MOVIE! Welcome to our first trivia of th

Would you live something you care for all over aga